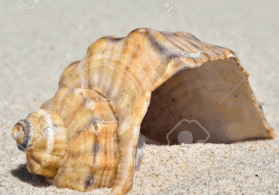 SES potential asset sale to Australian Future Energy (AFE) is non-sensical. AFE has no developed projects and was funded by SES.

Other stocks have recently been decimated after reverse splits.

We are familiar with Synthesis Energy Systems (SES) and its inefficient coal gasification, clean-energy technology. We published two reports in 2016 predicting the company’s downfall. In our report published on 5/17/16, we stated regarding the company:

Last quarter, it laughably only made $1.3 million in revenues. We at White Diamond Research advise investors to judge the company by its revenues, NOT by what management says or by “China deals” that usually don’t work out.

Today, almost three years later, SES has reported zero revenues for the past two quarters. That shows that its technology is still worthless in our opinion and none of its plans have come to fruition. None of its China projects have come close to generating revenue.

Neuralstem (CUR) crashed 60% in five days after its reverse split, as shown in the chart below. We think SES could do the same.

CUR’s biotech assets have proven to be worthless, and the stock is essentially an empty shell at this point. The company did a reverse split to keep the company alive and do equity raises. This way its few employees can still get paid and won’t have to join the unemployment line.

The following is SES two week chart, it shows the runup into the reverse split.

Notice above, that SES was trading at a split adjusted price of $3 on July 11.

SES is in the same boat as CUR, its essentially an empty shell with worthless assets. Like biotech, the clean energy industry has had many attempts at new technology that end up being failures.

CUR has no debt, whereas SES is almost out of cash and has $5.7M in short term debt, which puts SES in a worse financial position than CUR.

Also note that stocks PSTI and OBLN announced on 7/24/18 that they are doing reverse splits, and both fell over 20% on the news. Reverse splits are usually not good for shareholders because it usually means a dilution is coming up.

The following are SES select financials over the past 7 quarters:

As shown in the above select financials, SES averages about $1.5M in losses per quarter, and reported only $2.4M in cash for quarter ended 3/31/19. At this rate, SES won’t have enough cash to last through quarter ending 9/30/19 without selling assets or doing an equity raise.

SES generated a tiny amount of revenue in quarters ended 3/31/18 and 6/30/18, but that decreased to zero for the last two reported quarters. The revenues realized in the previous quarters were for technical consulting and engineering services that weren’t done in the last two quarters.

SES has $5.7M in debt that changed to short term from long term in quarter ended 12/31/18. In our opinion, this will hasten the company’s path to bankruptcy and dilution as it will need to be paid off this year. The debt was taken in October 2017, and SES pays a whopping 18% interest rate.

Upcoming Deal With Australian Future Energy Is A Head Scratcher

On 4/8/19, SES announced they made a deal with private company Australian Future Energy (AFE) to sell the worldwide rights to its gasification technology with the exception of China. The option period for this deal ends on 7/31/19, and we expect it to be announced any day now. We know from our research and the company’s performance that SES gasification technology is worthless, no matter who owns it.

This deal is a head scratcher because AFE needs funds to develop its own business, not acquire more rights to a failed technology. This is a related party transaction. SES holds a 36% ownership in AFE and is an active member on its board.

In the past, SES was giving AFE funds. Now, this deal would entail AFE giving funds to SES. From SES 2018 annual report it states:

In August 2017 and March 2018, we elected to make additional contributions of $0.47 million and $0.16 million respectively to assist AFE with developing its business in Australia.

We currently plan to use our available cash for:

“.. (II) additional working capital investments or shareholder loans into AFE or SEE to support the growth of those strategic businesses

However, there can be no assurance that AFE will be successful in developing this or any other project.”

AFE doesn’t seem to have much going for it. Looking at the company website, it lists two potential projects in Australia that they haven’t even started yet. They are still getting the government approvals. They don’t expect to start construction on their projects until 2020. And it’s with the same inefficient coal gasification technology that SES has.

A question that shareholders should ask is will SES continue to give AFE funding after it raises money from an equity raise? Both companies need support.

If SES rallies on this asset sale news, we don’t expect it will be anything crazy and it will quickly fade back down.

A couple reasons for this are:

The deal states AFE will pay SES 1M shares in AFE, and $5.8M in cash. The first $2M will be paid in 3 equal tranches of $666K apiece. These three tranches are to be paid six months apart for one year. The first tranch will be paid right away.

The remaining $3.8M won’t be paid for many years, contingent on AFE’s performance. So that’s not even a guaranteed payment in our opinion.

That’s not enough immediate funds to keep the lights on for SES. At its $1.5M burn rate per quarter, SES likely has already burned through its $2.4M cash balance reported on 3/31/19. $2M in payments over one year isn’t enough money to keep SES running.

Traders are buying SES now in anticipation of this event. From Stocktwits:

The “merger news” from the above Stocktwits post refers to the planned asset sale. It’s not a merger.

Risks To The Short Thesis

We believe the technology has failed and SES won’t generate any revenues. Therefore, long term we don’t see any risk in the short thesis. We stated above our reasons why we aren’t very concerned about SES rallying much from an announcement of their upcoming asset sale. The company’s financial situation is likely too dire to spur an extended rally.

However, it is possible that the stock will have a temporary rally from an asset sale. Since the market cap is only about $8M at the time of this writing, it can be susceptible to big movements up or down on high volume.. We have found there is a decent amount of borrow available. But the current rate on Interactive Brokers is 23%. That is only a 2% fee per month, which is negligible. But if the borrow fee reaches 100% or more, it could significantly cut into short profits and in itself encourage short covering. 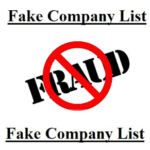