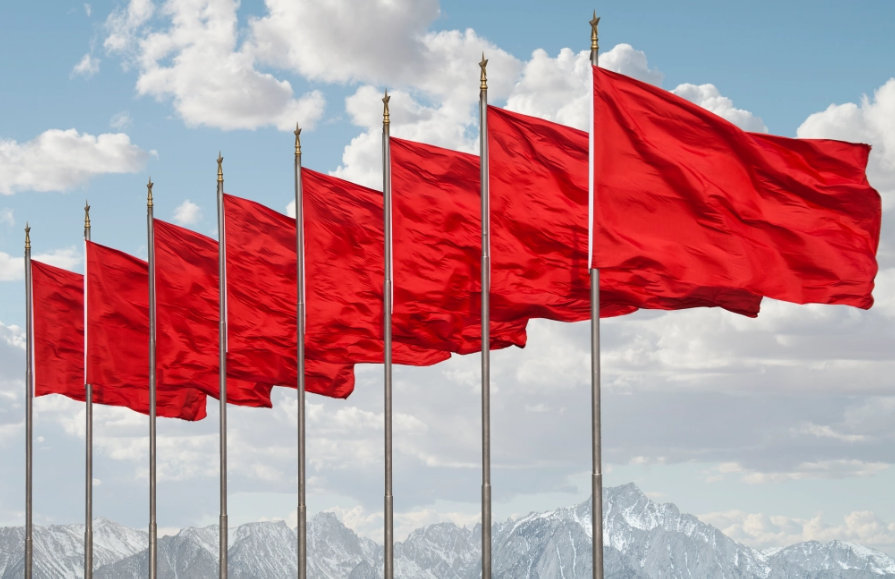 The near future of Veru’s (VERU) stock price depends on whether the FDA grants it EUA (Emergency Use Authorization) for its drug, Sabizabulin, to treat hospitalized Covid patients. Whether the FDA approves, conditionally approves, delays or rejects the submission depends on the strength of Veru’s submitted Phase 3 clinical data. Published results indicates a statistically significant reduction in mortality rate for the Sabizabulin treated group, which seemingly favors an FDA approval decision. We, however, believe that there is a likely scenario of the FDA delaying approval or outright rejecting the application, because of the following red flags in the Phase 3 study outcomes and design:

The trial started with only US patients, and it started with extremely sick patients. As the trial grew and included other countries, less sick patients were included as the eligibility criteria had drastically widened. These changes are easily traceable from the History of Changes for Study: NCT04842747 VERU-111 in the Treatment of SARS-Cov-2 Infection by Assessing Its Effect on the Proportion of Patients Who Die on Study (VERU-111)  at clinicaltrials.gov. The important changes, the comorbidity requirements, are shown in the table below:

As shown in the above table, at the beginning of the study from May 18, 2021 to August 13 ,2021, only very sick patients, who had both a WHO 5 or 6 scale and at least one comorbidity were eligible. Then, after August 13, 2021, the comorbidity requirement for WHO 5 and WHO 6 patients was removed. It is interesting that the change in this eligibility was concomitant with the beginning of outside of the US (OUS) enrollment. For the initial 3 months of the study, when only selected US centers were enrolling, all patients enrolled must have had at least one comorbidity. When the study started to enroll OUS sites, WHO 5 and WHO 6 patients without comorbidity also became eligible.

Veru has not revealed how many patients were enrolled before August 13. Judging from the VERU publication disclosing geographical affiliation for an interim 150 patient analysis, at least 56% of that group were OUS patients and were obviously enrolled after August 13, 2021. We suspect that a significant number of the remaining 44% of US patients were enrolled before August 13, 2021, because all the active US centers prior to August 13, 2021, were grandfathered from the prior Phase 2 study and, therefore, were familiar with the study protocol and in close communications with the company. They also were already recruiting hospitalized Covid patients for the studies.

Veru’s CEO, Dr. Michael Steiner, presented information about Veru’s Phase 3 Covid trial at the Jefferies Healthcare Conference on June 8, 2022.  The following is how he responded to investor concerns about the trial being conducted in third world countries compared to the US (time stamp 15:10):

42% of the study was done in the US. A big bulk of it was in the US. And the conclusion was “my gosh, you have such great medical care in the US, so therefore the death rate is probably very very low in the US, and the death rates are much higher in Brazil and Europe, and so maybe everything is being skewed”…well, I will tell you and you’ll see in the peer review publication that will be coming out soon, that no, the US actually had a higher death rate. I’ll have an explanation in a moment, and the Ex-US death rate was actually lower than the US. And the reduction for the US compared to the rest of the world,

The US had a higher death rate than ex-US. The reduction for the US compared to rest of world was the same. So no, that did not happen, and I know someone took a picture of the clinic in the middle of Mexico, and I think it makes sense, we should run all of our trials in gas stations, it saves money *laughs*. This is a world-wide clinical trial, with one of the most reputable CROs, we ran it quite reputably.

I think the reason why the US may have had a higher death rate, is because some studies didn’t limit the patients that came on. For example, some studies limit the patients to have symptoms for 8 days, or 5 days, and then they can come on the study. We left it open. So you can have a situation where somebody just is not doing well in the ICU. “well, we have a study that’s open”, “well, he’s been on the bed for 2 weeks”, he’s been on forced oxygen for 2 weeks, there’s no limit to how long they have to have symptoms before we put them on the drug. We let them in anyways.

This vague explanation for why the death rate was higher in the US shows that Steiner was hiding the fact that US Covid patients were sicker than ex-US patients in the trial. Steiner could’ve just said that “US patients were sicker” or that “the eligibility requirements changed and sicker patients no longer needed a comorbidity.” Also, this change in comorbidity requirement mid-trial wasn’t mentioned in Veru’s peer reviewed paper which was published on 7/6/22 in NEJM Evidence.

From the published range of baseline oxygen saturation (OS) in the placebo group we know that the lowest OS among 52 placebo patients was 48 from Veru’s peer reviewed paper. This obviously was a very sick patient, whose fate was pretty much known irrespective of treatment. The Sabizabulin treatment group, despite a twice larger number of patients, did not have anyone with an OS of less than 84. The observation that the placebo group is sicker is further confirmed by comparisons of the Means and their SD, as shown in the section from Table 1 below.

As shown in the table below from the publication:

The Veru publication gives more evidence that the Placebo group had a larger proportion of very sick patients. According to Table 1 from the VERU publication, 11.5% of the Placebo group were WHO 6 patients vs only 5.1% for the Sabizabulin group. This is an example of Veru’s persistent luck, which is unlikely with proper randomization.

From our analysis of the publication, we concluded that very different patients in terms of oxygen saturation and WHO score ended up in the study, particularly in the Placebo group.

Be careful who you listen to for stock advice. Sell-side analysts are often just cheerleaders looking for investment banking business. They don’t do a deep dive into the data and closely scrutinize the companies they follow. We found that to be the case for Veru.

On the morning of 5/13/22, Jeffries analyst Chris Howerton raised his VERU price target to $55 from $33 and kept a Buy rating on the shares. 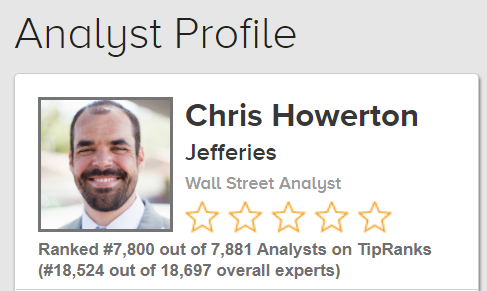 This is an incredibly bad track record. It puts him at the bottom 1% of analysts, and bottom 0.9% of overall experts.

Another analyst with a really bad record is Leland Gershell from Oppenheimer. He gave Veru a $36 price target on 4/14/22. Also a zero star analyst, his ranking is almost as bad as Howerton’s, as shown below: 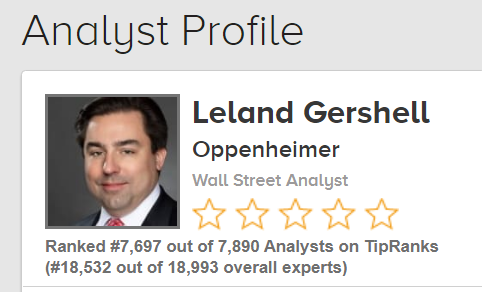 Looking at these two analysts’ track records, they have consistently got it wrong on almost all of their picks. Veru will likely continue this trend.

VERU’s Phase III included just 150 total patients (52 in placebo, 98 in the treatment arm), across 57 sites – less than 1 placebo patient per site. Having each patient spread out over each site makes the results less likely to accurately portray real world results.

It’s also a small sample size. In comparison, from this report,

“each of the COVID-19 drug EUAs we’ve seen granted over the past 2 years has been supported by far larger studies, ranging from 966 participants in Eli Lilly’s BLAZE-2 trial to over 10,000 patients in Regeneron’s COV-2069 trial. No other small biotech has gotten an EUA with such a small sample.  Typically, the FDA needs to see 400+ patients in a phase 3 clinical trial.” 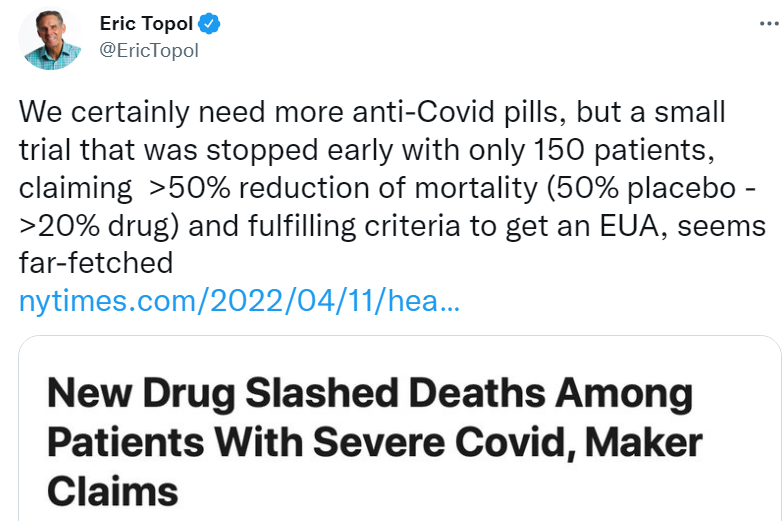 We believe that the EUA submission for Sabizabulin treatment of COVID will not be approved. In addition to the tiny size of the Phase 3 study, we see multiple concerns related to the inconsistencies in clinical data and the protocol. The exact reasons for these inconsistencies aren’t clear because Veru, and its CEO Dr. Steiner, only reveal partial information. However, these inconsistencies are noticeable for FDA experts, who will critically examine them. When VERU’s EUA application is rejected, the market cap of the firm may quickly tank below $500M USD ( < $6 stock price), which would be in line with a manufacturer of female condoms with an unproven pharmaceutical in middle stage clinical development.

Stay tuned for Part 2 of this series, where we reveal more red flags. 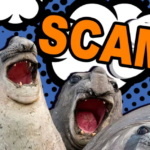 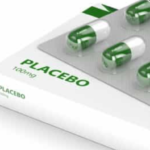